So, this week a first!  I have actually found a yarn that I will not knit again.  Ever.  I had a bunch of Sirdar Snuggly Snowflake in several different colors donated to me.  There was enough pink and brown to make a decent size baby blankie.  I started and slogged through about half before I decided to try something smaller 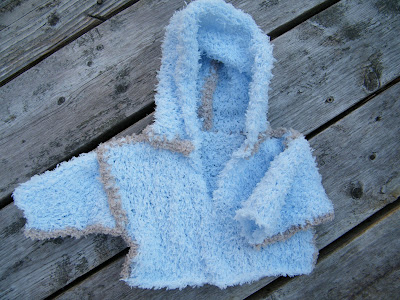 like this tiny hoodie that looks like an Ugg sweater.  I ran out of blue just as I was down to the last two rows of the hood.   The Ugg look came when I had to add some 'decorative' brown rows on the hood back.  Why not just carry on?   In the end, I frogged the blankie, rewound the yarn and set it aside to donate to the thrift store.  Someone else will love it, I'm sure. 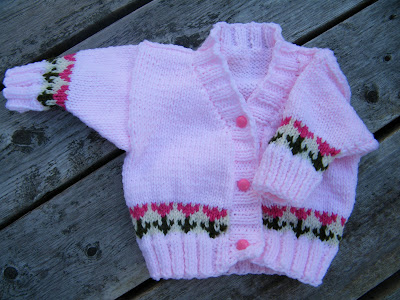 I finished this Tulip cardi for the donation shelves, as well.  I didn't fudge the fair isle this time since there was only a little bit really.  I had to frog the first attempt because my 'color eye' temporarily deserted me.  Usually I can get the colors right but the first try I had too light a green and it was unbalanced by the vivid tulips. So, I did the bottom band all again - just for practice. 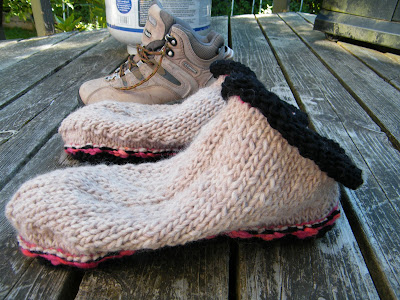 The slipper maker was in danger of going barefoot herself this winter.  Two years ago, I made a pair of felted clogs that I loved.  This spring they started to show signs of wear and yet I kept on with them.  It wasn''t so cold that a few tattered bits mattered.  But the tatters grew into holes and they wouldn't have done me any good at all later this year.  I dug out some Lopi and created these which turned out pretty well.  The pattern calls for a doubled strand of yarn but I found the heavy yarn worked just as well. This is how they looked before felting. 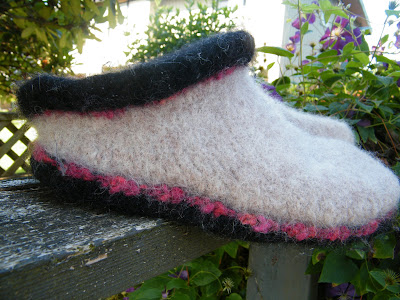 It's always funny to see these big floppy articles transform into such a beautiful - and useful - fabric. I was a tad worried about the felting (although not enough to change yarns) because the black and the brown were different kinds of Lopi.  As you can see, it all worked out.  And because I like things just a little fancy, I put a line of pink yarn against the black.  That's my favorite part.   Now, I'm ready for winter. Well, maybe there are few more 'nuts ' to store away before then.  I may even make some more felted slippers.  Got some yarn.
Posted by Stephanie V at 9:19 AM 5 comments:

Welcome to the slipper factory!  That's what I have felt like for a week of knitting.  The shelves were bare of slippers at the seniors' craft sales and I thought it would be a fun challenge: how many pairs of slippers can I knit in a week? 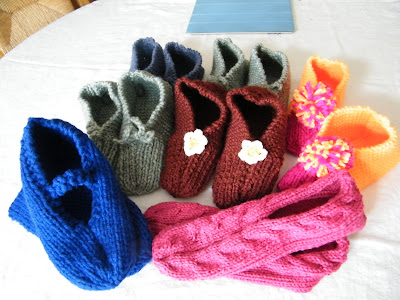 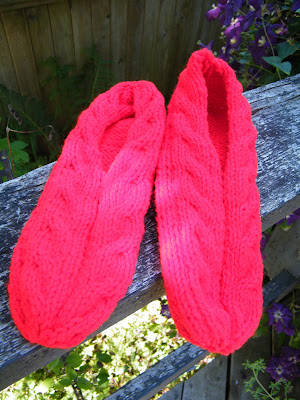 And one pair more that I finished after I took the  first photo.  I started off making only the easy Grandma-type slippers that are the style usually on offer and which are popular.  But, as my daughter predicted, that became mind-numbing.  So I trolled around for a few more quick patterns.  This pattern wasn't as quick as the first ones because they use a worsted weight instead of chunky.  But they have cables and kept my interest for two more pairs. 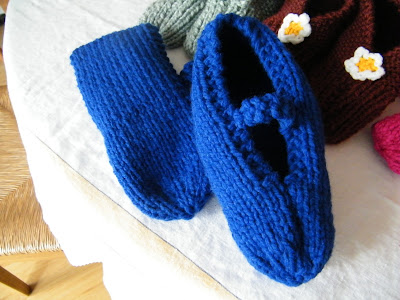 These were the fastest!  A couple of hours with bulky yarn and big needles made a pair.  But I was too lazy to repeat it.  Besides, the week was up. 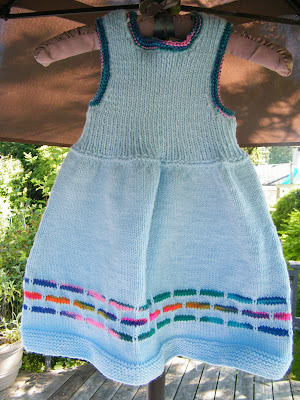 And, so I can show it off...the little jumper for Katie was finished before I began the slipper knitting.  I wish that I could make myself one as it looks like a cosy thing to wear on a cold winter day. I love how it turned out. And it used up a lot of the blue yarn which is the whole point here.

That's all for today...back to the knitting.  I'm using up a bag of Snowflake in pink, brown, blue and navy. You can see the results of this stash-busting next week. 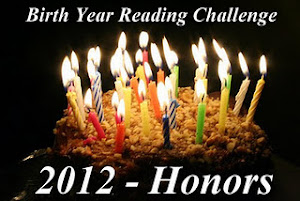